For Varying Degrees Of Winter 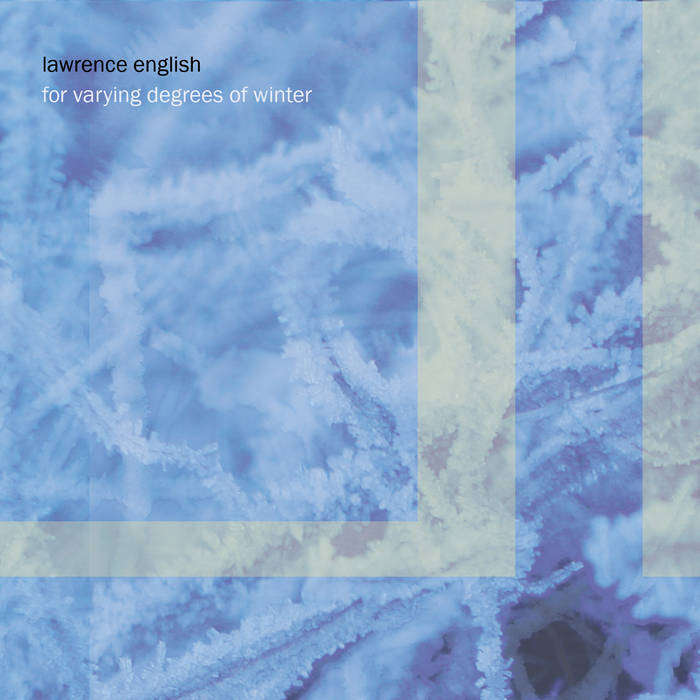 Winter is a season for introspection, contemplation, and listening. It is the season when Nature reasserts its rights and imposes its law on humankind, forcing those creatures to shack up, wrap up...and dream of higher temperatures.

The Australian composer and electronic artist Lawrence English delivers a record for varying degrees of winter. Sounds twinkle and scintillate like snow under the sun, they shine like icicles, they hiss like a polar wind and seep into you through your insufficiently isolated ear holes. Each one of the six pieces is a monochrome composition ranging from the blinding whites of the snow to the blue-grays of cloudy days. Although English's music can be quite abstract at times, here it turns out to be surprisingly evocative and inhabited by an understated sense of musicality.

Recorded in 2005-2006 in Japan, Hong Kong, Europe, and at home in Australia, For Varying Degrees of Winter features contributions by Mike Cooper, Janek Schaefer, and Aki Onda on one track each.

A key figure of the Australian sound art scene, Lawrence English has released several solo albums, including Ghost Towns, Transit, and Happiness Will Befall. He has also presented sound art installations in Australia, Europe, and the USA. He has worked with, among others, David Toop, Terry Riley, Damo Suzuki, DJ Olive, Scanner, Janek Schaefer, and Japanese electro-pop singer Tujiko Noriko, for whom he produced and co-wrote the album Blurred in My Mirror in 2005. He is at the helm of the label and multi-arts organization ROOM40.