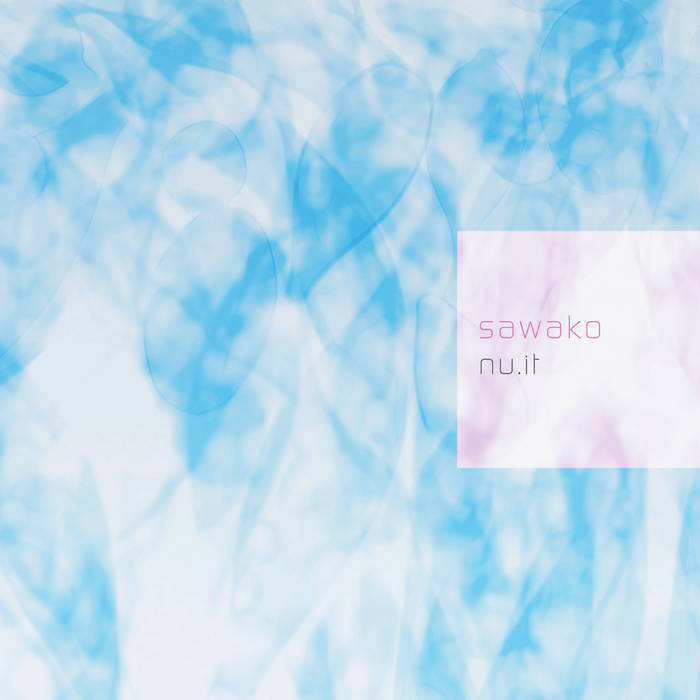 The “field” of experimental ambient music (if there is such a thing) needs Sawako’s delicate, measured, expansive touch. We connoisseurs yearn for it. Sadly, the woman who describes herself as a “sound sculptor” and a “signal alchemist” is so busy – think of her audio-visual installation at the planetarium of the Sonar Festival or her numerous live performances, including an appearance on Ryuichi Sakamoto’s radio show – that we simply had to wait. This time, the waiting lasted six years before we could put our ears on a follow-up to her exquisite 12k release Bitter Sweet. And, of course, nu.it is well worth the wait.

nu.it; almost looks like a website URL but it isn’t. What it is, though, is the perfect embodiment of Sawako’s art: concise, quiet, yet incredibly rich in possible meanings. We have the French word “nuit,” which means night, and this is clearly music of the night, from the go-to-sleep mood of “Locus of Everyday Life” to the recurring impression of being staked out in the jungle after dark, listening to unexpected creatures. This is not reality, unless it is a new form of reality, in which case the title could be pronounced “new it.” The title can be read in other ways, in other languages, and ultimately its meaning is left to you.

Sawako has released albums on the labels 12k, and/OAR, Anticipate, and now Baskaru. Her audio and visual works have been programmed around the world at such events and venues as the Sonar Festival, MUTEK, P.S.1/MoMA, UCLA Hammer Museum, Roulette, Resonance FM, and ICA London. nu.it’s mastering was entrusted to Yu Miyashita, aka Yaporigami, who released material on Mille Plateaux, mAtter, Hz Records, and +MUS. The cover art is by kynd, whose ephemereal OpenFrameworks drawings have been featured by CreativeApplications.