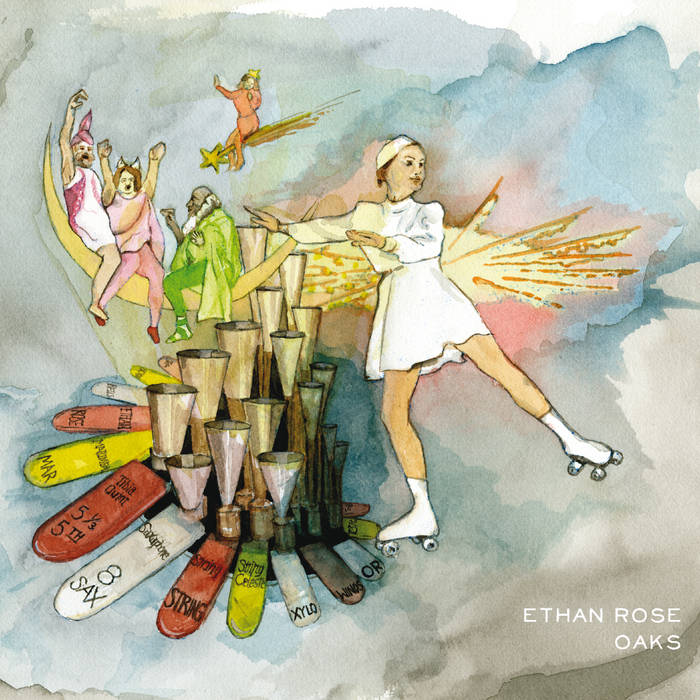 Imagine, if you will, an old Wurlitzer Theater Organ that once accompanied silent films in Portland, before being moved to the Oaks Park Roller Rink, where it has been ever since. Imagine the artist, Ethan Rose from Portland, Oregon, helping out repairing that antique, before starting to explore its tones, textures, and colours from another era.

The result is "Oaks", Ethan's third full-length CD (after two titles for Locust Music: "Ceiling Songs" and "Spinning Pieces"). And once again, Ethan has succeeded in dragging a forgotten bit of our collective sonic past out of the shadows and reinterpreting it in a modern ambient electronica context. There is an elegant and crystalline quality to the eight pieces that make up this album. The music on "Oaks" evokes the meticulous sonic explorations of acousmatic composers like Francis Dhomont and Jonty Harrison, crossed with the dreamy and hazy soundworld of ambient experimentalists like Fennesz and Oren Ambarchi.

Ethan Rose's work reflects his interests in old technologies, new sounds, and the restless exploration of musical form. Over the past ten years he has released recordings, scored films, performed internationally, created sound installations, and worked with a variety of collaborators. His music is also featured in Gus Van Sant's latest film "Paranoid Park". His sound environments merge the old with the new. Past works have included experiments with music boxes, player pianos, and carillons.

"Oaks" is being co-released by Baskaru in Europe, Holocene in the US, and Headz in Japan.