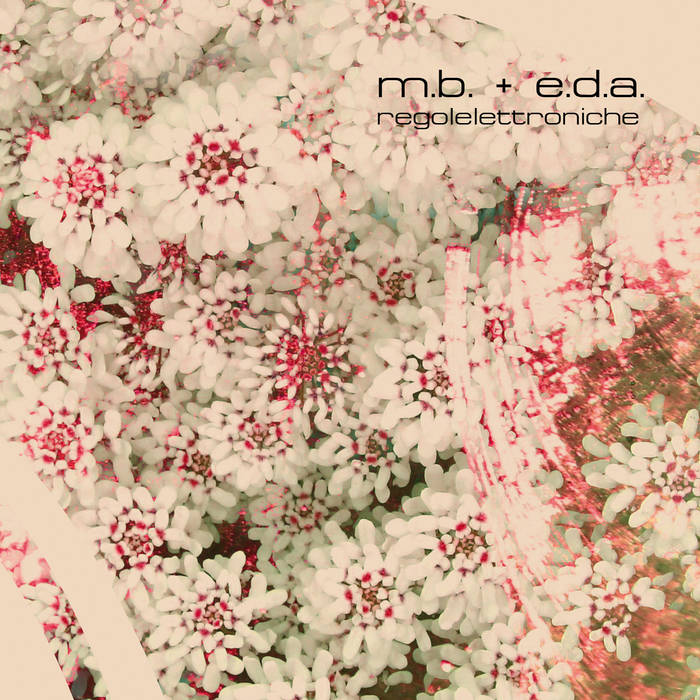 Italians Maurizio Bianchi and Emanuela De Angelis have a generation between them, but that does not prevent them from delivering their first collaboration entitled "Regolelettroniche".
However, to get there, they had to agree on a few rules, alluded to in titles such as "Earthly Principle" and "Cosmic Norms", and through these "rulelectronics" credited to both of them.
That being said, these rules are left unexplained; listeners can discover them on their own when they experience this drone-based music: soft, quiet, seemingly reiterative yet clearly transformative.

Born in 1955, Maurizio Bianchi is one of the unique figures on the Italian avant-garde scene.
Musically active since 1979, using electronics since 1980, he was among the pioneers of the "cassette underground", rivalling Merzbow in creativity and sheer volume of production.
Then, in 1984, he suddenly ceased all activity for religious reasons. He made his comeback in 1997 and, since then, the experimental music microcosm has been flooded with his releases, from new projects to reissues, plus numerous collaborations with people such as Aube, Frequency in Cycles per Second, Jozef van Wissem and NIMH.

Twenty years younger than Bianchi, Emanuela De Angelis made her musical debut in 1994 as the lead singer and guitarist of the noise band Joyce Whore Not. She was a guest on Tu M' 's first record, and later co-founded Mou, Lips! with Andrea Gabriele. She launched her solo career in 2004 with a contribution to the compilation album "Sonic Scope 04 :: The Portable Edition" (Grain of Sound, co-curated by Baskaru). She appears on a number of compilations and web-based collaborations from 8bitrecs, Highpoint Lowlife, and Postdisco.

"Regolelettroniche" sees Maurizio and Emanuela combine loops, waves, drones and electronics into a "systematic sonorous assemblage for electronic instruments, axiomatic waves and essential reverberations". The resulting music engulfs the listener into a soundworld where chaos organizes itself between the ears.