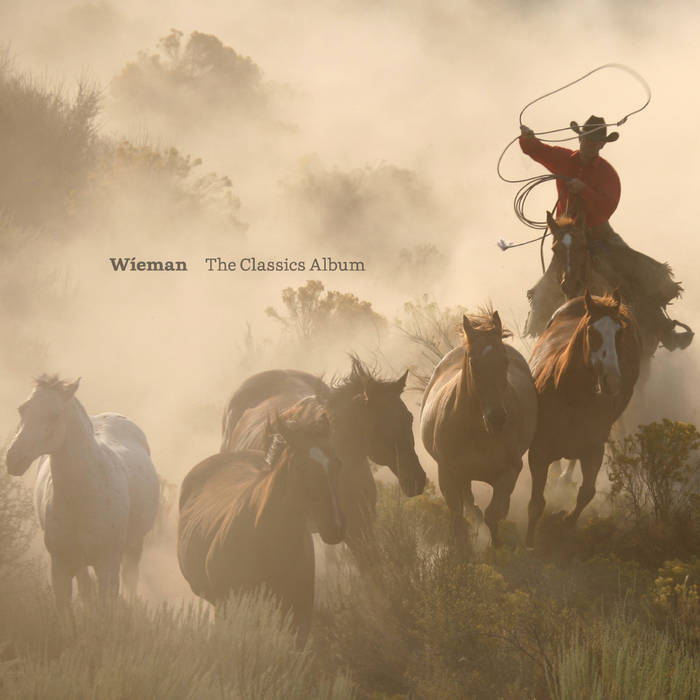 The Classics Album promises to become a classic meltpop album. What, don’t know what meltpop is? Meltpop is what Wieman and its earlier incarnation Zèbra do: complex constructions that can at time sound like pop/dance songs, made entirely out of samples drawn from a very specific and predetermined corpus. More insidious than plunderphonics, rounder around the edges than sound collage, and infinitely trickier than a DJ set!

Wieman is the project of two major names from the Netherlands experimental electronic music scene: Frans de Waard (of Kapotte Muziek, Beequeen, Freiband, Goem, etc.) and Roel Meelkop (of Happy Halloween, THU20, Mailcop, Goem, etc.). As Goem, they released a string of fabulously dark and minimal tracks on top-rate labels like Mego, Raster Noton, Staalplaat, and 12K. The duo released their first “meltpop” track in 2005 under the name Zèbra. It took them three more years to complete their full-length debut The Black and White Album, in which all samples came from songs that had the word “music” in their title. From then on, each Zèbra project focused on a very specific concept.

In 2012, a US band called Zebra asked the duo to stop using the name Zèbra. They rechristened themselves Wieman and completed work on a string of new projects, including The Classics Album, six years in the making. The Classics Album contains only samples taken from songs that have classical music-tinged titles – words like “symphony,” “rhapsody,” “overture,” etc. These samples come from the worlds of jazz, rock ‘n’ roll, prog rock, disco, and beyond. Some of them are instantly recognizable; others are transformed beyond identification. This music – especially the 17-minute epic “Do you have EIP” – will melt your brain cells. You’ll dance a bit, you’ll swim a lot, and you’ll be questioning your perceptions all the time.