The Illusion of Infinitesimal 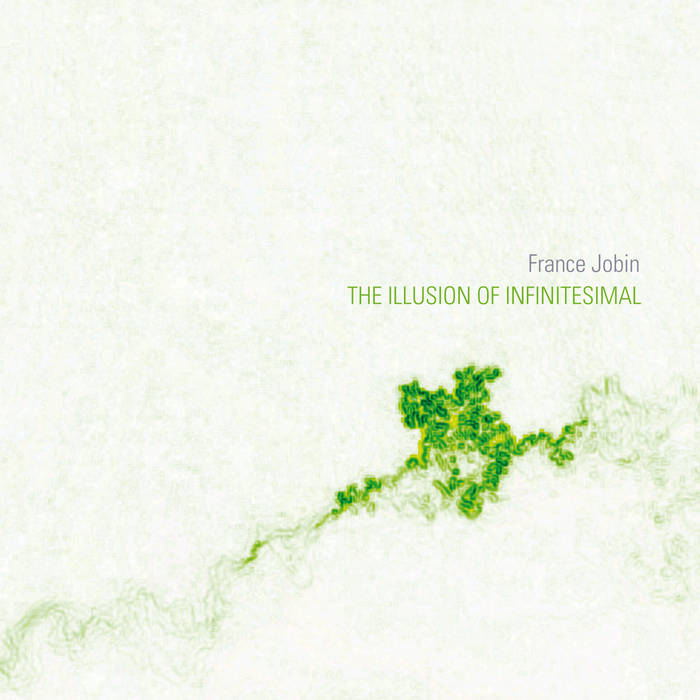 Nathan Duin Any new music from France Jobin is cause for celebration in this house and The Illusion of Infinitesimal justifies the anticipation. Gorgeous and otherworldly. I can tell already I will be listening to this for many months to come. Favorite track: 0.

The thing about France Jobin's music that never fails to impress is that it works on so many levels. Listen to it at the threshold of perception (the way it is mastered) or at very high volume, on headphones or through loudspeakers, and you will hear new sonic relationships, new structures, a new logic every time. Things simultaneously are and aren't as they seem; sounds you hear are and aren't really there.

Montréal sound/installation artist France Jobin has come a long way since her days as a blues keyboardist in the 1980s. In 1999, after a hiatus that lasted a decade, during which she raised two sons, she turned to experimental electronic music of the very quiet, rumbling, abstracted kind, and started performing and releasing music under the moniker i8u. Slowly but with great assurance, she built a much-lauded career and kept on refining her art, ever digging deeper into the core of sound. When the revered LINE label offered her an album (Valence) in 2012, she abandoned her alias and started using her own name.

In her own words:

«The Illusion of Infinitesimal represents another chance to refine the unique essence of each sound and composition, in an effort to better communicate intent without influencing its unfolding, a delicate balance between perfection and detachment.

A parallel could be drawn from particles of matter, which, "as far as we know, are infinitesimal points of zero size, yet they have measurable amounts of angular momentum. Does the concept of rotation even make sense for a featureless speck? Angular momentum seems to be a more foundational concept than rotation itself. The angular momentum, or spin, of a single particle is restricted in strange ways. It can have only certain values, and not all values are allowed for all particles." (1)