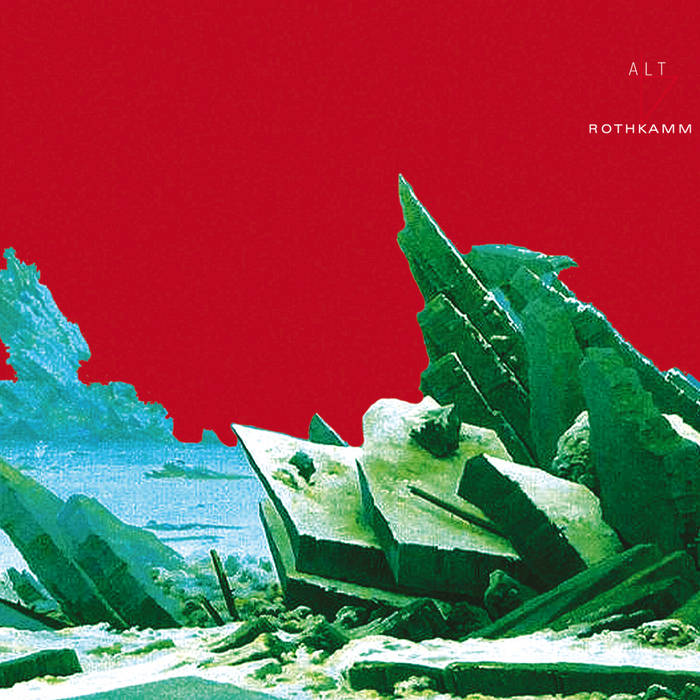 He cultivates enigmas. He leaves no one cold. He could be the next genius the right-thinking avant-garde will be late to discover. He is Rothkamm, but his friends call him Frank Rothkamm.

This composer, philosopher, and conceptual artist can turn music (electronic and otherwise) into thought territory, an abstract playground, or even a smoke screen. In fact, Rothkamm is a magician, a prestidigitation theoretician, and a carny all in one.

The oeuvre he is building one CD at a time seems to be designed to sidetrack listeners (and better push them onward), deconstruct accepted ideas (and better reinvent them), and elevate contradiction to the rank of art form (so as to better critique it). After all, this is the man behind an electronic trilogy that introduced a new and serious music theory peppered with kitsch elements (the FB series), a record of microtonal pieces for parlor organ (one piece bearing the exquisite title "Kris Kristofferson of the Avant-Garde"), a set of piano variations on the first ten notes from the "Spongebob Squarepants" theme song (Opus Spongebobicum), and a digital cantata masquerading as dance music.

So what about ALT? Don't be surprised to be surprised: this particular album features quite accessible ambient electronic music. This work is less microtonal than Rothkamm's previous similar pieces, more immersive, but just as fascinating. Its simple - or even harmless - appearance imbues the approach issue with extra urgency. Rothkamm: "On ALT I have set up iterative procedures on physical machines (as opposed to a linear process in software). Once the process is in motion, no or minimal intervention takes place. Each piece on ALT has the same premise: to create an infinity machine, a deus ex machina, to experience an infinite process in a finite amount of time."

On its own, this Rothkamm CD can be appreciated openly, and fans of Scanner and Biosphere will take a shine to it. Taken in the context of the artist's oeuvre, it embodies yet another enigma (amplified by the symbolic and numerological games found in the track titles and durations). For that, ALT makes an excellent introduction to the Rothkammian mystery.